What the Cool Kids are Reading

Looking for your next summer read? The awesome folks at YALSA, the Young Adult Library Services Association, have pulled together their list of the most popular books of 2019, as chosen by teen book groups from schools and public libraries around the U.S. The top 25 nominees are listed below (click here for a PDF of […]

New Textbook for the Math Department?

Today’s post starts in the kitchen. Like most normal people, I hate doing dishes. It’s gross and I’ve fought (and failed) for years to convince my husband and kids that their definition of “clean” is slacking…I mean, lacking. Hey, the job isn’t done until you’ve also wiped down the stove top, amIright? END_OF_DOCUMENT_TOKEN_TO_BE_REPLACED

What if every teacher had the right tools to do this job?
What if we all had a hard drive full of current, relevant, rigorous lessons?
What if we were treated like professionals and not expected to dig into our own (meager) paychecks to supply those tools? END_OF_DOCUMENT_TOKEN_TO_BE_REPLACED 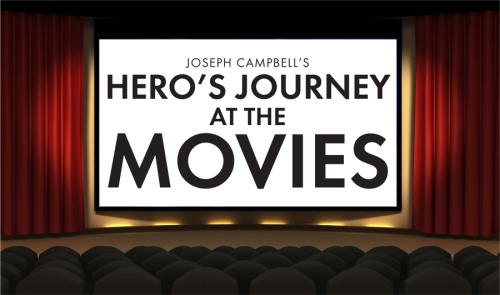 Let’s All Go to the Movies!

Sure, we know that Lord of the Rings, Hunger Games, and Harry Potter are modern examples of the Hero’s Journey, but there are a l-o-t of other popular films that also fit Joseph Campbell’s monomyth. A few that may surprise you: END_OF_DOCUMENT_TOKEN_TO_BE_REPLACED 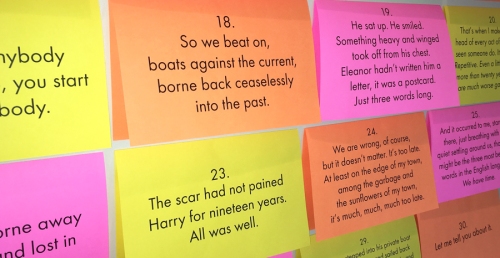 Didya hear? John Green just announced that he’s releasing his next book, his first in five years, on Oct. 10. It’s called Turtles All the Way Down and tells the story of Aza Holmes, a 16-year-old girl with mental illness who investigates the case of a fugitive billionaire. The title, apparently, has to do with […] 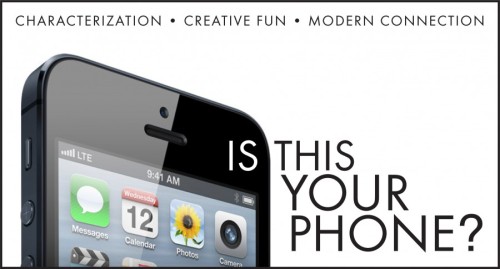 My freshmen are wrapping up our study of The Odyssey this week, and I couldn’t help but share their adorable efforts on a recent in-class activity. Like a proud parent who tapes gold-star papers to the refrigerator, I often post awesome creations on my classroom’s back wall of cabinets. Make it onto the cabinet display? […]

Hold Their Feet to the Fire

You know the drill. You give your class a chapter for a novel to read for homework, or maybe you start reading a chapter together in class and then you want your students to finish the chapter as homework. The next day arrives and (maybe) a third of the class has actually done the reading. Most of the kids sit there, silently praying that a more studious kid will answer your questions. The non-readers like to do that fake-interested head nod thing, as if they agree completely with what the smart kid just said.